When you hire The Law Offices of Kristina Wildeveld you get more than a single attorney attending to your criminal or civil case, you hire an entire professional team and both Kristina and her staff will seek to advocate on your behalf and obtain a desirable result. 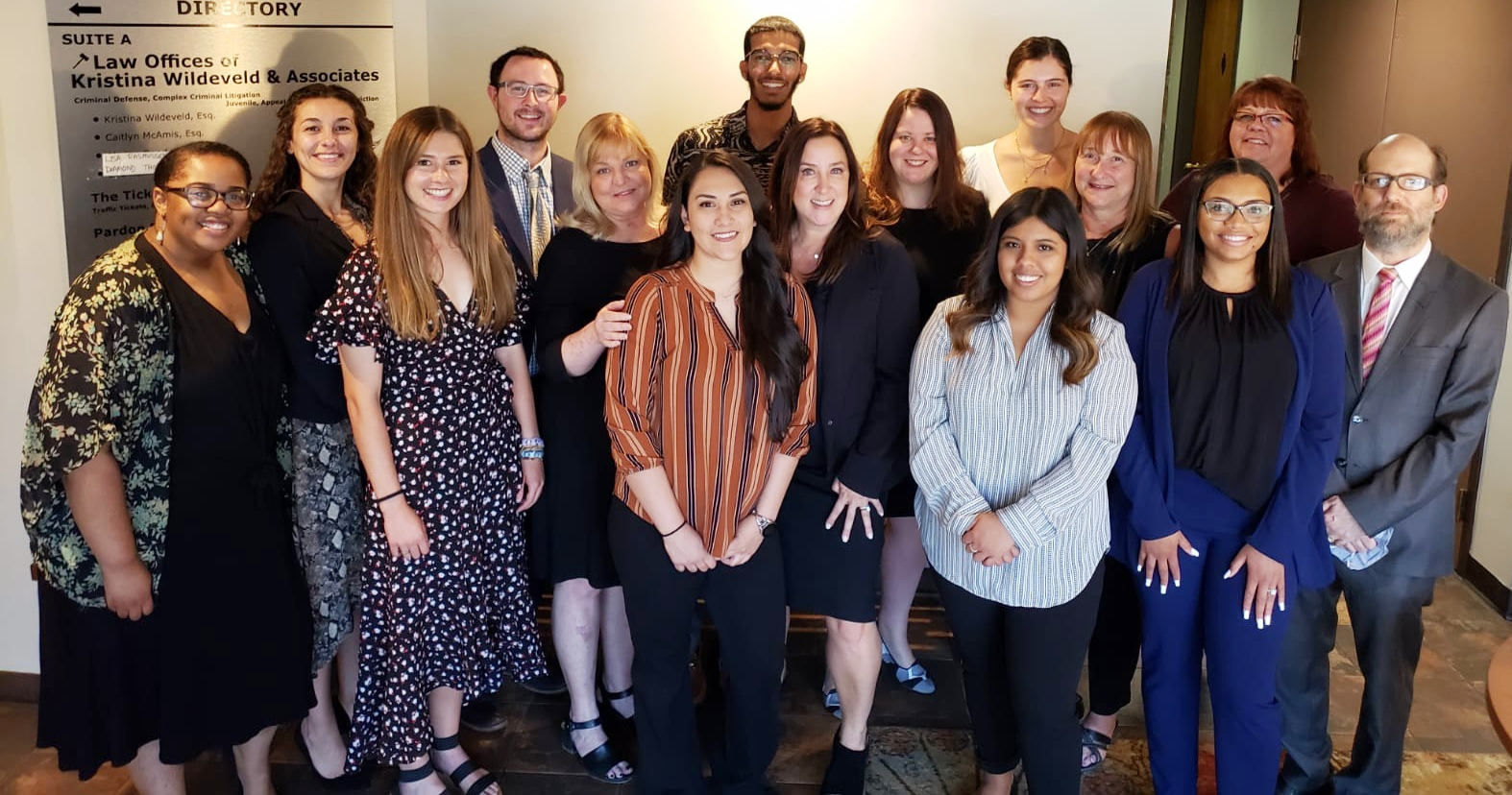 At The Law Offices of Kristina Wildeveld and Associates, we understand that most people have never have had to consult with an attorney or have never had to deal with the trauma that comes with being arrested. We understand most people have never had to get a friend or a loved one out of jail, or face a lifetime in jail themselves. We understand that most people do not know what to do in that situation. We also realize the stress and anxiety associated with that first visit to an attorney's office. Usually a prospective client sits in a waiting room surrounded by diplomas and plaques while filling out an information form. The client then gets invited to an office with more diplomas and certificates and sits across a desk from an attorney while they discuss the case. This is all very intimidating. At our Law Offices, we do all we can to make a prospective client feel both comfortable and confident; and we do our best to alleviate any stress you may have about the uncertainty of the system. In both our Las Vegas and Los Angeles offices, we provide an atmosphere that is more of a home than an office. We allow clients to relax and we encourage them to ask questions until they are satisfied that they understand the road ahead.

How can you tell if a lawyer is concerned about your case more than their bottom-line? When you sit down and talk with them about your case, always note what percentage of the conversation is about the fee you need to pay them. You also look to see what they do outside the office. Are they involved in their community? Do they donate their time and money to make their community a better place to live? Do they do things that help those less fortunate than himself? The reality is; if a lawyer does not care enough about the community they live in, they probably will take the same approach with their clients.  Our firm has a proven track record for helping the community and its members.  If you are looking for a Law Firm that will take the time and the interest in your case, call the Law Offices of Kristina Wildeveld & Associates, our attorneys are dedicated to those we serve. 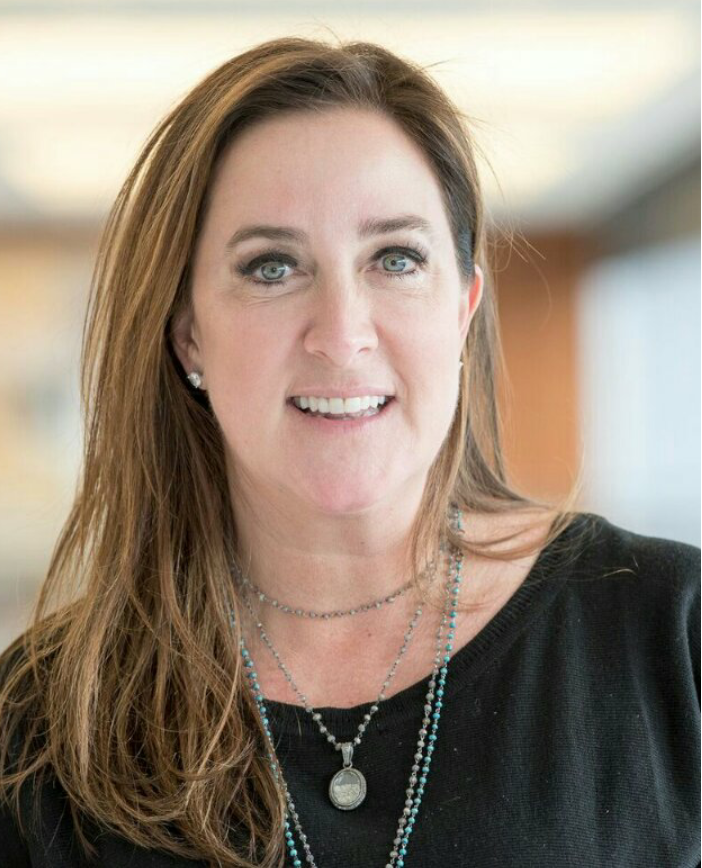 Kristina Wildeveld, a former Clark County Special Public Defender and experienced trial lawyer, heads the Law Offices of Kristina Wildeveld. With experience as a trial attorney and having inside knowledge of the prosecutorial process, the Wildeveld Firm promises to vigorously defend your rights using our expertise as an aggressive trial firm.

Without the benefit of experienced legal representation, Juveniles can be flagged with serious offenses for the rest of their lives. Our firm can provides an aggressive defense, which can result in acquittals, dismissed charges, reduced charges, or minimized punishment.

Kristina sits on the Board of Hope for Prisoners, transitioning ex inmates into a productive life as civilians. She also represented the head of the Board of Hope for Prisoners, Jon Ponder, in front of the state's Pardon board and was successful in granting his clemency. Kristina approached President Trump to consider Ponder for a Presidential pardon and Trump mentioned it.
On Aug 25, 2020 after numerous back and forth communications with the white house, Kristina achieved a full Presidential pardon for her client,

Tonight, June 9, 2016 I attended Nevada Attorneys for Criminal Justice Annual Meeting, Election and Dinner honoring Kristina Wildeveld, Defender of the Year.  In my opinion, attorneys like Kristina should be honored every year.  As Dayvid Jann Figler so eloquently shared in his remarks, when Kristina is on a mission, she will not "let it go."  She will fight until she has achieved justice for her client.   I have known Kristina for 24 years.  She has known my nieces and nephews for far longer.  In the years we have known one another there has been a mutual respect, and I will forever be grateful.  She has four incredible kids, a not bad looking husband, and they inspire her to do what she does so well:  Heal the world in her way.  Working for the Special Public Defender so many years ago, she saw young children tried as adults and sentenced to life in prison.  Young children who made a mistake who now face NOTHING.  There are law projects for innocents all over the country, but where is there a law project for these kids who made a mistake.  Kristina.

There were testimonials tonight from two of her clients who shared their stories.  But she did not help two people.  She has helped so many.  Both faced life in prison for infractions that occurred in their early teens and both have successfully entered the world again, thanks to Kristina.  One is married, has a son, is an elected official and thanks Kristina for giving her a chance at life.  The other is a young man who was given at the age of 14, 40 years to life.  He had no hope.  But, he had Kristina.  At the age of 32 years old, he was released from prison and has been given a second chance.  He has a job, an apartment, a car and he stays out of trouble, but he has a family and he considers Kristina and her family his as they do him.

"Moral of the story: don’t ever write anyone off! You never know who someone could turn out to be or where they could go. It’s great to see stories like this where people are able to change their lives around due to the kindness of someone else."  Huffington Post.

Love Kristina.  Love her kids, and all of her extended family - to everyone who calls her mom.  I call her "friend."  I am the lucky one. 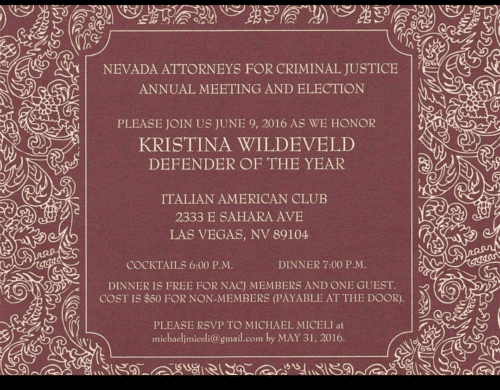 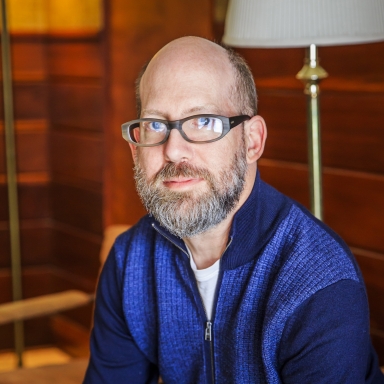 Native Las Vegan Dayvid Figler is an award-winning story-teller, author and trial lawyer. He has been licensed to practice in Nevada since 1991. With short stints in labor, regulatory and First Amendment law, his practice has evolved into an emphasis on complex criminal litigation (including appeals), resolution of disputes involving all government agencies and entities and any matter concerning individuals with problem gambling disorders.

Dayvid served a short term as a Las Vegas Municipal Court judge in 2003, and continued to serve as the Judge Pro Tem in those courts through 2013. He serves on the Legal Aid of Southern Nevada Pro Bono Advisory Board and has been at the forefront of many innovative programs including Warrant Quash Programs for Homeless Individuals and the creation of the first statutory Problem Gambling Diversion Court in the United States.  In 2019, he was the first individual attorney to be awarded the prestigious Medal of Justice from the Nevada State Bar for his efforts successfully promoting the access of justice and the advancement of practical solutions for criminal justice.

Dayvid is a frequent lecturer around the United States on topic related to criminal justice reform and one of the most quoted authorities on Las Vegas, as well as a prolific radio commentator and writer on a variety of topics related to Las Vegas. 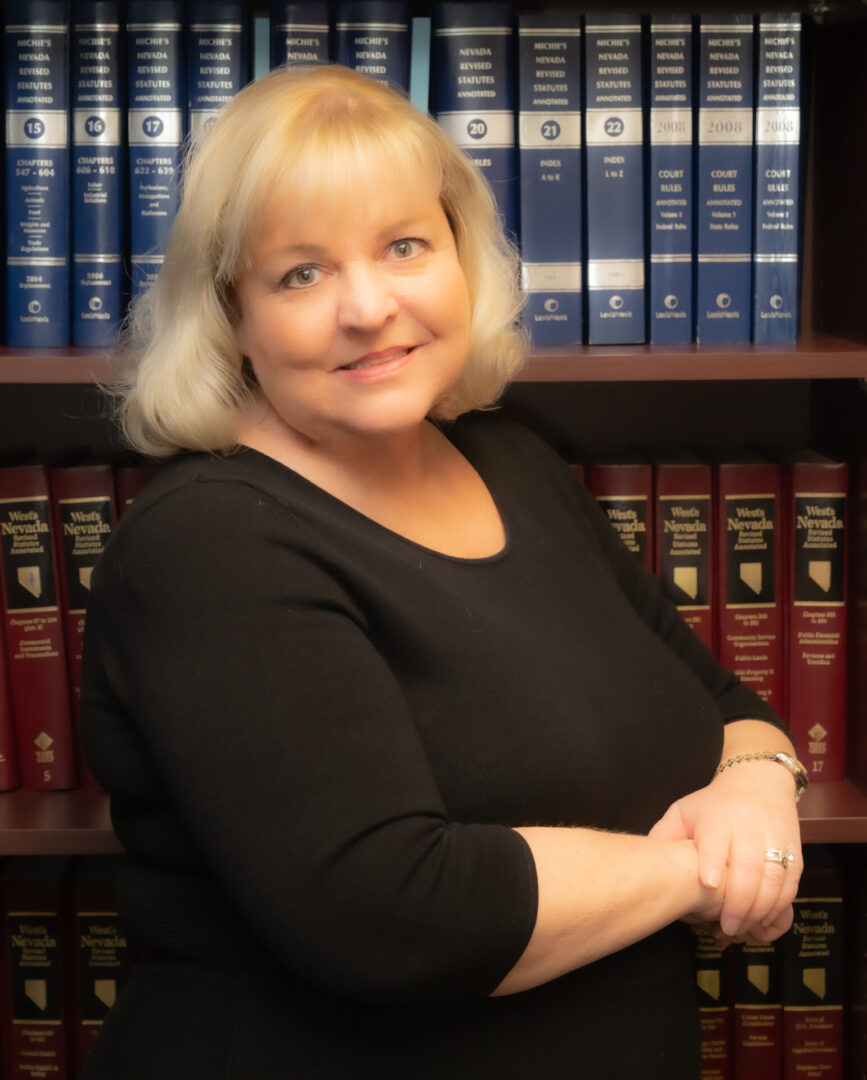 Lisa Rasmussen has devoted her professional life to providing highly competent and personal advocacy to those facing criminal charges or pursuing civil matters. She believes that our justice system works best when people have strong, informed, and determined advocates.

Lisa practices law with integrity and dignity of purpose but she abhors the system when it becomes cruel, arbitrary and impersonal. She strives to provide her clients with objective, independent advice while according them total loyalty and commitment to their criminal case or civil cause.

Lisa respects the strengths of her opponents, but matches them with dogged preparation and skilled lawyering in and outside of the courtroom. She understands that her client’s often have families that need information and counsel while the process moves forward. Her primary concern is that her client’s rights are protected.

Lisa has served in a variety of volunteer professional positions trying to improve the criminal justice system for all the citizens of Nevada. She is admired and respected by her peers, judges and legislators, and is in fact, the lawyer that other lawyers go to when they are looking for a strong and informed voice and for insight into their cases. Lisa has also served in the following capacities: 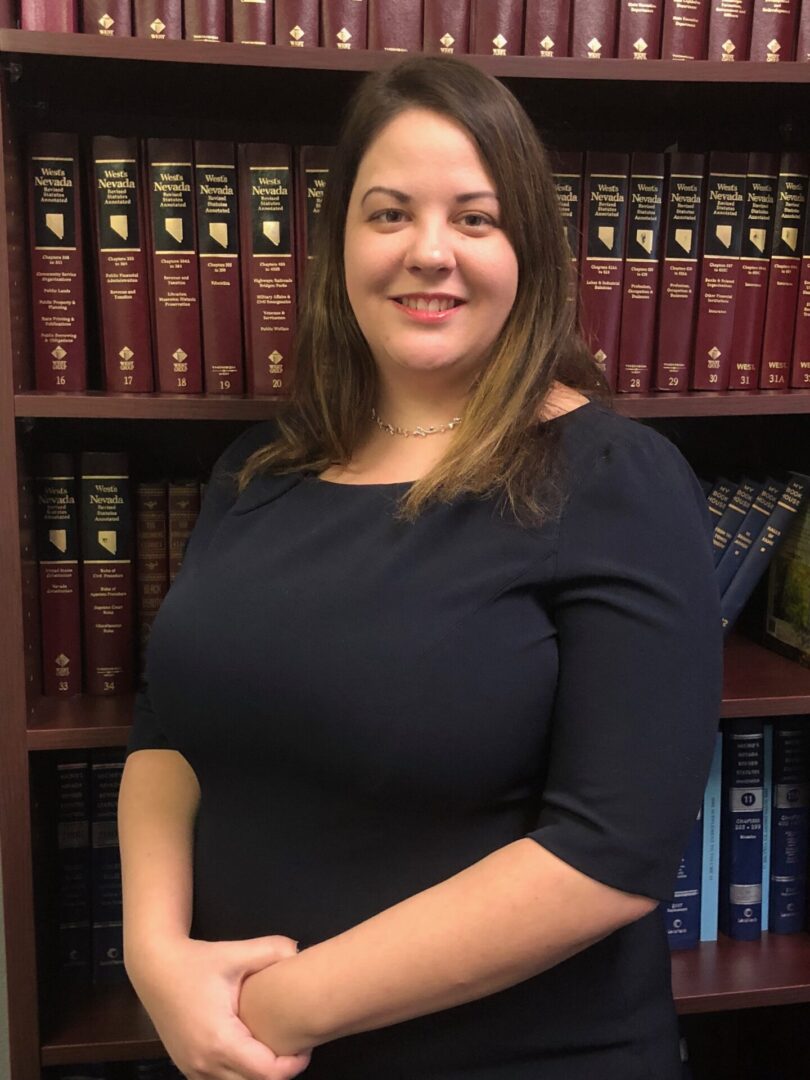 After graduation, Caitlyn joined The Law Offices of Kristina Wildeveld and the Las Vegas community. Caitlyn approaches client representation as an opportunity to not only defend, but also to empower people to navigate through an intimidating and punitive legal system. She values the ability to be a part of her clients’ defense team.

As an associate attorney at The Law Offices of Kristina Wildeveld, Caitlyn is involved in complex criminal litigation, including work on pardons, parole, and post-conviction habeas petitions. She has first-chaired termination of parental rights trials, assisted in the successful reunification of parents with their children, and also negotiated a number of felony and misdemeanor cases, including securing dismissals for her clients.

Note that we handle personal injury and accident lawsuits throughout Nevada.

Attorney Consultations...
We bring more than 200 years collective experience fighting for individuals. We're ready to fight for you. Call us today to set up a consultation. The consult fee will go toward the fee for representation in most cases.

Regain peace of mind...
Our defense attorneys understand that being accused of a crime is one of the most difficult times of your life. Rely on us to zealously and discreetly protect your rights and to fight for the most favorable resolution possible